A common question the team here at Can Ridge receives is, “What is the difference between a folding boom and a stiff boom crane?”

We created this article to outline the contrasts between the two types of mobile cranes and provide suggestions on when you may want to utilize one over the other.

Stiff boom cranes dominated the North American market for many years in the past due to the wide streets of America, and the lack of regulations on truck size. Depending on who you ask, you may hear this style of crane go by other names such as “telescopic” or “straight boom cranes”. If you were to consult with an industry veteran, they would likely be much more familiar and comfortable with this style of crane as folding boom cranes have only recently broke into the American market. Canadians seemed to adopt the folding cranes earlier than their neighbours to the south, and are often comfortable with both styles.

A stiff boom crane utilizes a hydraulic winch to lift materials, which is then raised or lowered using the “boom”. The boom is the steel arm of the crane that holds the load of the materials that you wish to move. Typical operation is quite easy to understand; the operator rotates the boom of the crane, then extends it, and raises or lowers as required to achieve the desired lifting height.

Due to the fact that a stiff boom crane lifts straight up and down, it is easier to gently place fragile loads in a work area, regardless of the lifting radius. It is also possible to suspend heavy loads in the air for as long as the operator requires, experiencing little to no drift. In certain situations a stiff boom crane even has a superior ability to reach over obstructions such as fences or walls where other cranes may fail.

The moving parts (hoses and cylinders) of a stiff boom crane are concealed inside the machinery, whereas they are exposed on a folding boom crane. By having the major parts protected internally, the crucial working components are safe from the elements (rain, snow etc.) and minor physical impacts on the jobsite that could result in significant damages. Not only are the important moving parts of the stiff boom protected inside the machinery, they are also less strained when lifting a load, as energy goes to its winch first, then to the lift cylinder, and then the actual crane structure. 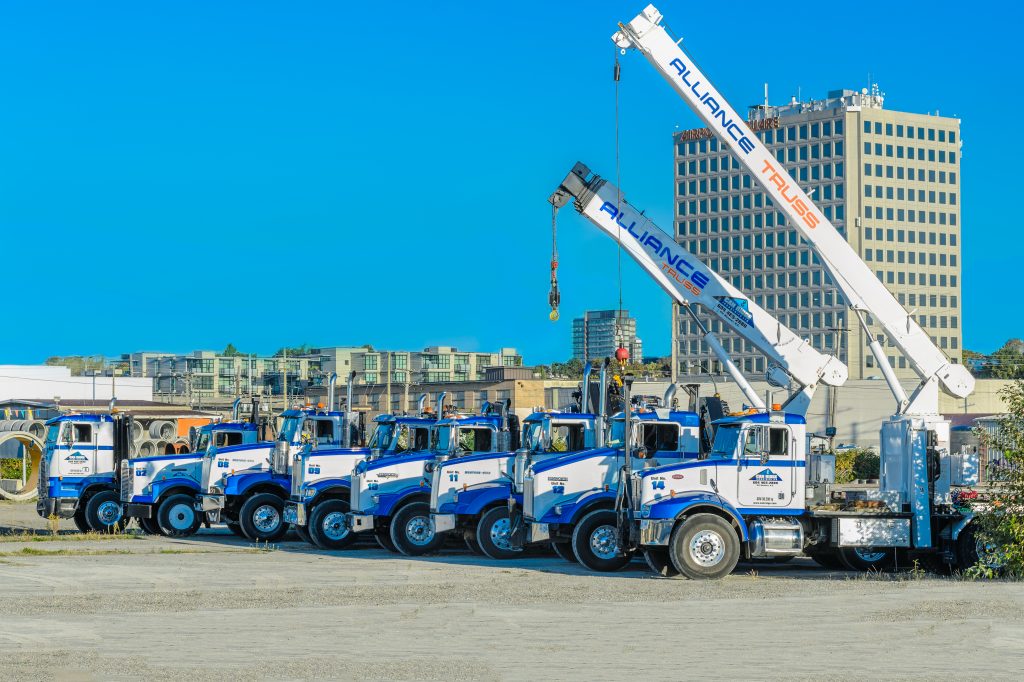 Folding boom cranes go by many different names including “knuckle boom cranes”, “loader cranes”, “picker cranes” and “articulating cranes”. No matter what name you are using, it is clear that these cranes are an impressive combination of creative engineering and technology. Traditionally folding boom cranes were utilized in Europe due to their ability to fold into a compact size and work in tight quarters.

Mechanically, these cranes function in a very similar manner to a human finger. A Folding boom crane has two booms (main boom and an outer boom), which are attached by knuckle that allows the entire boom structure to move in and out, just in the same way our knuckles move the sections of our fingers. This movement allows a knuckle boom crane to fold into a very small size when transporting materials or squeezing into a small construction site. The mobility of a folding crane also allows an operator to clear the payload off their own deck. You can effectively load and unload your own truck, and then use the cranes reach and strength to lift the materials to the required location onsite.

However, if your main requirement is to lift heavy and high consistently on the job site, your best bet is still probably with a stiff boom if you have the necessary room to operate it. 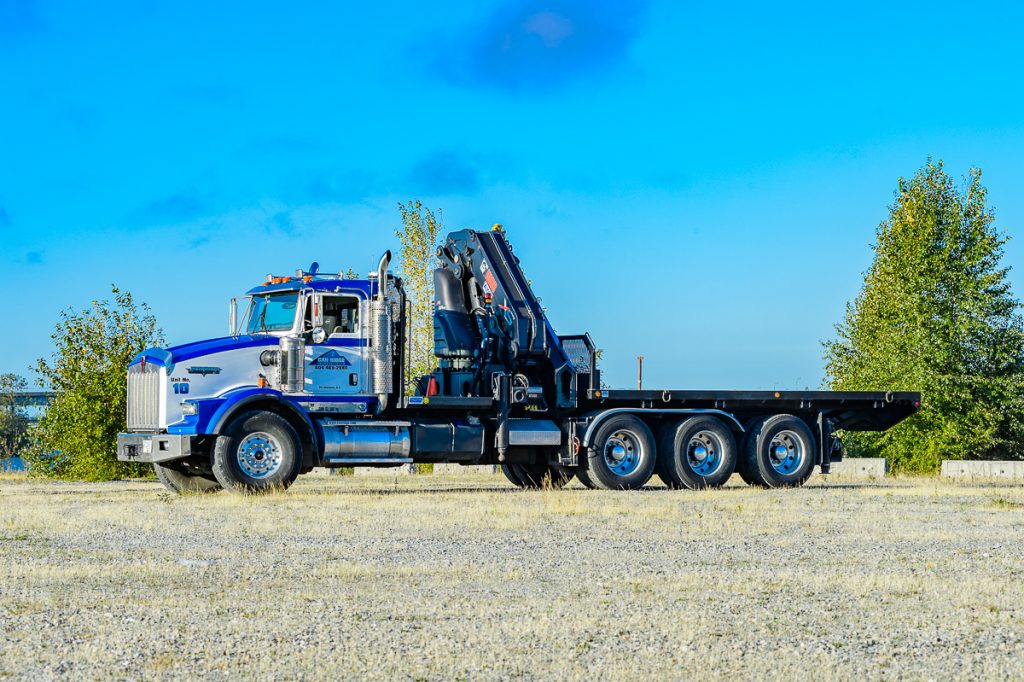 Now that you know the differences between a folding boom crane and a stiff boom crane, you will be able to make a smarter decision renting a mobile crane in the future. If you have any further questions, the team here at Can Ridge Industries would love to share our extensive industry knowledge with you. Our staff knows all the details of both our folding and stiff boom cranes but also can elaborate on the capabilities of various models with on-site experience and examples.

We look forward to hearing from you! Happy lifting!

Can Ridge Purchased 360 Industrial Movers, read about it on our blog here!